TrigasFI company formation came after many years of flow experience.   Tom Trigas, the founder of the company, served as development manager for the USA flow meter manufacturer Flow Technology.  A desire to move back to Europe brought him to Germany in 1990.

Four years later, TrigasFI GmbH was formed.  An independent calibration company for liquid and gas flow near Munich.  Due to increasing ISO 9000 quality demands, the company steadily expanded its capabilities. Similarly, Calibration capacity grew as well.  Consequently, so did the expertise in dealing with a wide variety of measuring principles and manufactures of flow meters.

Finally, by year 2000, in order to meet internal demand, TrigasFI began to also design and build calibrators.  Another side effect was the sale of such systems to other calibration labs.  These labs include large companies and even National Laboratories.   Eventually, this activity led to upgrade and maintenance of calibrators for other customers.  Finally, because of this activity, software had to developed from the ground up.  It had to be designed to meet the actual needs of a working calibration lab.  Also to help optimize the performance of the flow calibration test stands.  And likewise, make them easy and safe to operate with the highest accuracy possible.

In 2002 TrigasFI was awarded the status of a DKD laboratory for liquid flow by the PTB.  Accreditation for gases followed in 2007, this time under DAkkS.  (the organization that took over the DKD/PTB accreditation activities).

As a result of continuing growth, it became necessary in 2010 to move the company to larger facilities.  Because of the need to expand capacity, several new test benches were also built.  Included in this expansion were the novel displacer calibrators for very low flow calibrations.  So, it is now possible to calibrate down to 0.05 ml/min, or 0.00005 l/min.  Another calibrator also constructed at the same time was the flow loop for high flow measurements.  Hence it became possible to calibrate up  to 5000 l/min in water.

The low-flow Displacer primary flow calibrator was developed and built to address a specific need.  Namely the need for extremely small liquid measuring ranges.  So firstly it was made capable for flow as low to 0.00005 l/min (0.05 ml/min) and seconbly, capyble of 0.04% uncertainty.  Also, like all calibrators used at TrigasFI, Displacers are included in the DAkkS accreditation scope.

Due to increasing need for specialized flow calibrations, our expertise, our Flow-How steadily grew.  Seems like the need for dealing with a wide variety of flow meter types drives innovation.  As a result, our quest for better solutions led to the development of improved flow measurement test stands.  Likewise, this quest resulted in exceeding the specifications of the usual market solutions.

Meanwhile, ever increasing specialization need in flow calibrations fed our FlowHow.  Similarly, “Performance tuning” of flow meters of various makes pointed at ways of performance improvements.  As a result,  the know-how accumulated led to the the development of an improved, high-end flow meter.  Mechanical improvements and special calibration techniques were developed and implemented.  The result was that performance and rangeability of the available market offerings was surpassed.

The need was recognized to ensure that the new product line received the attention that it deserved,  Consequently, a new company was founded in 2015.  TrigasDM GmbH was to take over production and marketing of the Flow meter and Calibrator product lines.

The goal was to preserve the status of TrigasFI GmbH as an independent calibration laboratory.  Subsequently, physical separation of the two companies took place in 2019, when TrigasDM moved to new facilities.

As a result, the space in the original building vacated by TrigasDM was quickly filled with new calibrators.   Also, personnel was added to create capacity for growing service demand, the core business of TrigasFI.

Today, TrigasFI is one of the renowned calibration laboratories in Europe. Furthermore, the company offers some of the broadest measuring ranges in liquids and gases.  Also accuracy specifications that exceed even those of some national measurement institutes.  Consequently, Flow meters of all measuring principles can be calibrated, adjusted and serviced.  As a result, TrigasFI can offer clients testing capacities on state-of-the-art flow test rigs with trained personnel.  For this reason, the company is also an OEM partner to many flow meter manufacturers.  Understandably, many of them also use TrigasFI’s extensive capabilities and technical Know-How for new product development testing.

At TrigasFI, every year we calibrate, adjust and repair thousands of flow meters. Through this experience we have acquired intimate knowledge about the strengths and weaknesses of the various flow measuring principles.

We love to share this knowledge with our customers through our Training Seminars and on-site Consulting Services.

Our Flow Measurement and Calibration Seminar is offered at scheduled intervals at our Neufahrn headquarters.  It can also be presented at customer locations, in both English and German,

Let us know what we can do for you!

We are an official partner laboratory for: 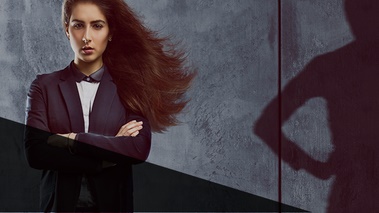 In our rapidly expanding company we are often looking for additional specialists and managers. People who want to contribute to our company's success in a motivated and committed manner. Are you one of those people who like to work in a dynamic team? Do you enjoy contributing their own ideas for the further development of our projects? 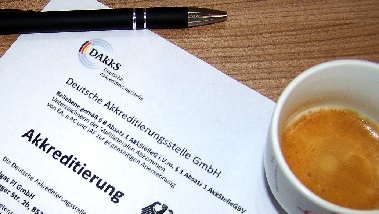 TrigasFI works with international committees on the standards of the future. Of course we are already certified according to all important standards. Here you will find details and news about our certificates. Find out what accredited, calibration services we can offer you.